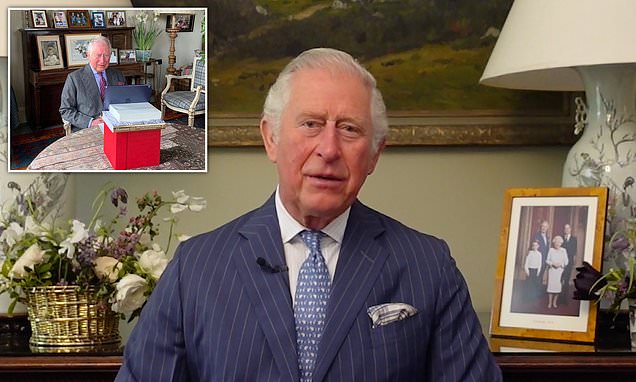 Prince Charles has given a video message of support to an Australian charity with just a single photo of his mother, eldest son and eldest grandchild behind him amid growing concerns about Prince Harry’s brutal criticism of his upbringing and his ‘pot-shots’ at the Royal Family from LA.

The Prince of Wales has been seen throughout the pandemic on video calls from his offices at Highgrove or Birkhall with an array of family photos behind him, including of the Duke and Duchess of Sussex and their son Archie.

But today the heir to the throne spoke to the Australian Institute of Superannuation Trustees conference in Adelaide, with just a single framed photo of himself with the Queen, Prince William and Prince George – the line of succession to the throne.

It came as Harry again hinted he was ready to pour his heart out again about his mother Diana’s death and his  relationship with his father in an emotional trailer for a new mental health documentary for Apple, due for release on Friday. The Duke of Sussex also appeared to question his father’s parenting in a podcast last week.

Royal insiders have expressed their exasperation at Harry and say it is becoming impossible for the family to repair their fractured relationships because of his insistence at taking ‘pot-shots’ from across the Atlantic.

While another source told the Mirror: ‘There is concern given the Duke and Duchess’s recent claims as to just what they may have said to Winfrey. They have not held back in their allegations and there is nothing to suggest they won’t make further ones’. 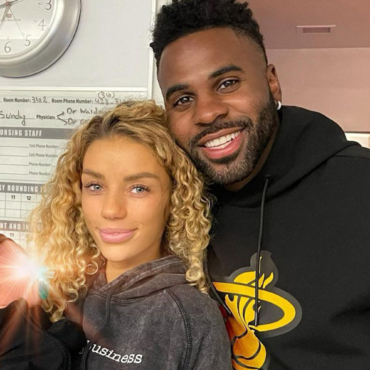 Jason Derulo is a father. The singer-turned-TikToker welcomed his first child with girlfriend, model Jena Frumes, on May 8, the couple revealed Tuesday. In a sweet Instagram post, Jena shared a series of photos from the hospital room where she delivered her son and some cute photos from their home. “A glimpse of my first week with our healthy handsome little king ???” she captioned the post. “Life now has so much […]