A BLOOD-STAINED IV drip from Michael Jackson’s death bed – which may have administered his final fatal dose of drug propofol – is going under the hammer.

A Las Vegas memorabilia expert hopes to get at least $2,500 for the fluid bag, which was used by MJ and administered by Doctor Conrad Murray in June 2009.

The disturbing item comes from Jackson’s cousin Marsha Stewart – and is up for sale as part of an auction of materials from the estate of the star’s father, Joe Jackson.

Marsha admits that she took the bag from the King of Pop’s bedroom days after his death during a visit with dad Joe.

She said the drip had “white milk fluid” inside that “later dissolved”.

Marsha claims that the IV is the “last one he had in his arm when he died” – although it is understood LAPD detectives removed medical equipment from the crime scene hours after MJ passed away on June 25 2009.

Jackson used to take propofol to help him sleep [/caption]

The drip allegedly still has Jackson’s blood on it [/caption]

Jackson’s doctor Conrad Murray was later convicted of involuntary manslaughter after it was found he gave the star excessive amount of drugs including the surgical anesthetic propofol.

“Shortly after Michael died I went to the house on Sunset,” Marsha said in a video to publicize the sale on YouTube.

“I was able to go in and go to the bedroom. When I went in the bedroom there was a bed there with some juice, it looked like a sandwich… and I noticed this.

“This was over by the stand and what I did was took it and put it in my purse.

“This actually belonged to Michael Jackson and it had some white like milk fluid inside of it, which later on dissolved, but this is actually Michael’s DNA on it – that’s what made me grab it, the blood.

“This was one of the IVs – the last actually – he had in his arm when he died.”

Joe and Marsha kept the medical equipment in his home until his death in June 2018 and it is now being sold by Memorabilia.Expert.

Conrad Murray was convicted of manslaughter over Jackson’s death [/caption]

Memorabilia.Expert founder Kieta, who goes by just one name, said: “This is the IV bag that was taken from Michael Jackson’s room after he passed and it’s important to note that this has come directly from Michael’s cousin.

“It’s from Joe Jackson’s estate the provenance is really important with this piece.

“For me I feel that with Michael Jackson we have to embrace all of him, that’s his iconic pop status as well as the troubles that he had with addictions and not being able to sleep, pushing himself to perform for his fans and his artistry.

“The IV bag – although maybe morbid to some – I don’t see it as that I embrace it as part of Michael Jackson.

“Addiction is close to many families – it knows no age, race, gender.

“The IV bag is significant to Michael Jackson and how he ended up dying.

“It is a controversial piece but it’s still part of Michael.”

The website reads: “Now, could this be the IV that was used to administer the lethal dose of Propofol to Michael Jackson?

“This IV probably was not the one that was used to administer that dose, however, could more than likely have been used during his many treatments with Propofol.”

Most read in News

Girl, 7, tired of abuse from parents asks doctors not to ‘cure her’

The Braun brand IV drip is not the only unusual lot. Around 60 items from Joe’s memento collection are up for sale, including a pair of his dentures, which can be snapped up for a minimum of $250.

The slippers that the singer wore during his final days are on sale alongside a silver jacket and signed photos.

WASHINGTON — Preventing an extra single degree of heat could make a life-or-death difference in the next few decades for multitudes of people and ecosystems on this fast-warming planet, an international panel of scientists reported Sunday. But they provide little hope the world will rise to the challenge. The Nobel Prize-winning Intergovernmental Panel on Climate Change issued its gloomy report at a meeting in Incheon, South Korea. In the 728-page document, […] 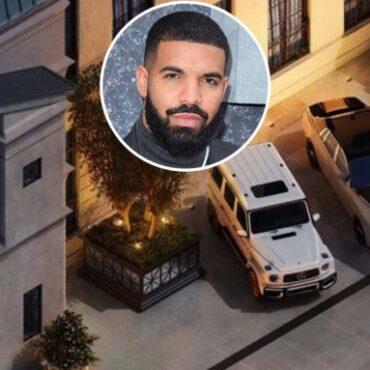 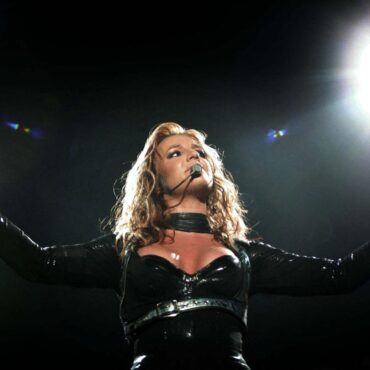