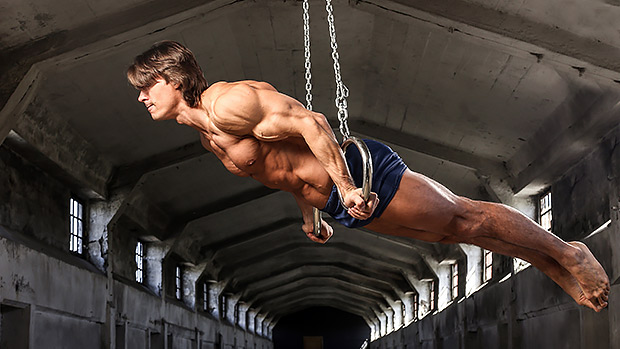 Gyms are back… sort of. Still, the restrictive mandates, limited capacity, and general air of discomfort are causing most people to still train at home or outdoors. This means more people have recently begun to embrace bodyweight training.

But there’s a problem. While bodyweight training, also known as calisthenics, has been my primary training modality for over a decade, a lot of people are just more comfortable slinging iron.

In many cases, these fine folks have concerns about switching to a bodyweight-only program. Given the pervasive negative myths about using your own bodyweight for resistance training, I can see why some are skeptical.

So, let’s blow up three of the biggest of these myths:

Regardless of what training modality you use, all types of strength training operate under the same principle of progressive overload. You break your muscles down by forcing them to work at – or close to – their full capacity, and then you give them time to recover.

You repeat the process, increasing the workload over time by doing more reps and/or adding more resistance. If you’re consistent, you’ll gradually build strength and muscle.

All that your muscles know is that you’re forcing them to work hard, so they need to figure out a way to adapt and get better at what you’re asking them to do. Your muscles don’t know or care if that stimulation is coming from your own bodyweight or an external load.

I can already hear you moaning, “But Al, you’re not very big yourself! What do you know about getting huge?”

Fair enough. But look around any gym and I guarantee you most of the people there don’t have any better of a physique than I do. In fact, most of them are fat or skinny or both, but they probably aren’t jacked. And they’re probably lifting weights. Go figure!

Conversely, check out the physiques of some Olympic-level gymnasts whose physiques were built almost entirely on bodyweight exercises and then get back to me about how bodyweight workout can’t get you swole.

2. Bodyweight is Just for Beginners

Many people think that pull-ups, push-ups, and dips are about as far as you can go with calisthenics when you’re trying to build strength. Once you “master” them, that’s it; you’ve taken the strength-building capabilities of bodyweight training as far as they can go.

But that simply isn’t true.

Pull-ups, push-ups, and dips are just the beginning. There are many more advanced bodyweight exercises that can build much higher levels of strength. Remember that in strength training, your body only knows that it’s being asked to exert muscular force against resistance. The source of that resistance is mostly irrelevant.

Though it’s easy to simply add weight to a barbell, adding resistance to a bodyweight exercise takes a little thought. But once you understand the subtleties of manipulating leverage in order to progress or regress a bodyweight exercise, the scalability of any given exercise becomes virtually limitless.

Think of it this way: Everyone knows that a push-up on your knees is less difficult than one performed on your toes, but why is this so? The answer is leverage. The longer you make your body, the farther your arms wind up from your fulcrum point, creating more resistance.

That’s also why the full planche and front lever are such humbling exercises, even though they use only the body’s own weight for resistance. So if you think you’re too advanced for calisthenics, I challenge you to attempt a planche, front lever, or one-legged pistol squat.

Which brings us to our next myth…

3. Calisthenics is Only for Upper Body Training

Some athletes dedicate the majority of their upper body workouts to things like pull-ups, muscle-ups, and dips. However, these same folks often eschew using calisthenics to train their legs in favor of their beloved barbell.

To be clear, I think barbell squats and deadlifts are fantastic exercises. However, if you don’t have access to weights and barbells, you can still build powerful posts with nothing but your bodyweight.

High-rep bodyweight leg workouts can be brutally challenging and have amazing results. Check out Paul Carter’s No Weights, Big Wheels article for a great example of a killer lower-body program that doesn’t require any weights.

And for those of you who are more concerned with getting brutally strong than getting huge, there’s a plethora of single-leg calisthenics variations that can challenge you for a long time to come, some of which are shown in the video below:

While it’s true that the wrong exercise for the wrong person can be detrimental, bodyweight training is one of the safest modalities.

Let me put it to you this way: Is a 500-pound deadlift bad for you? Well, not if you’re strong enough to handle it. However, if your grandma tried to lift that much, she might break her back. The same is true for advanced calisthenics: Try to do too much, too quickly, and you could run into a problem.

Furthermore, employing poor technique can potentially lead to mishaps, regardless of modality. However, if you’re smart about building up to advanced moves, there’s very little risk involved.

Though it’s always possible to injure yourself if you aren’t careful, the risk with bodyweight training is actually significantly less than it is with external weights.

After all, the odds of dropping a weight on yourself are non-existent if you aren’t under a barbell.

No matter what you do, someone on the internet has probably written an article about how it’s going to kill you. Unfortunately, there’s a lot of fear mongering in this world. In the end, it’s up to each individual to use their own common sense and make their own decisions.

But one thing is for certain, though: You can get strong and jacked with just your bodyweight. 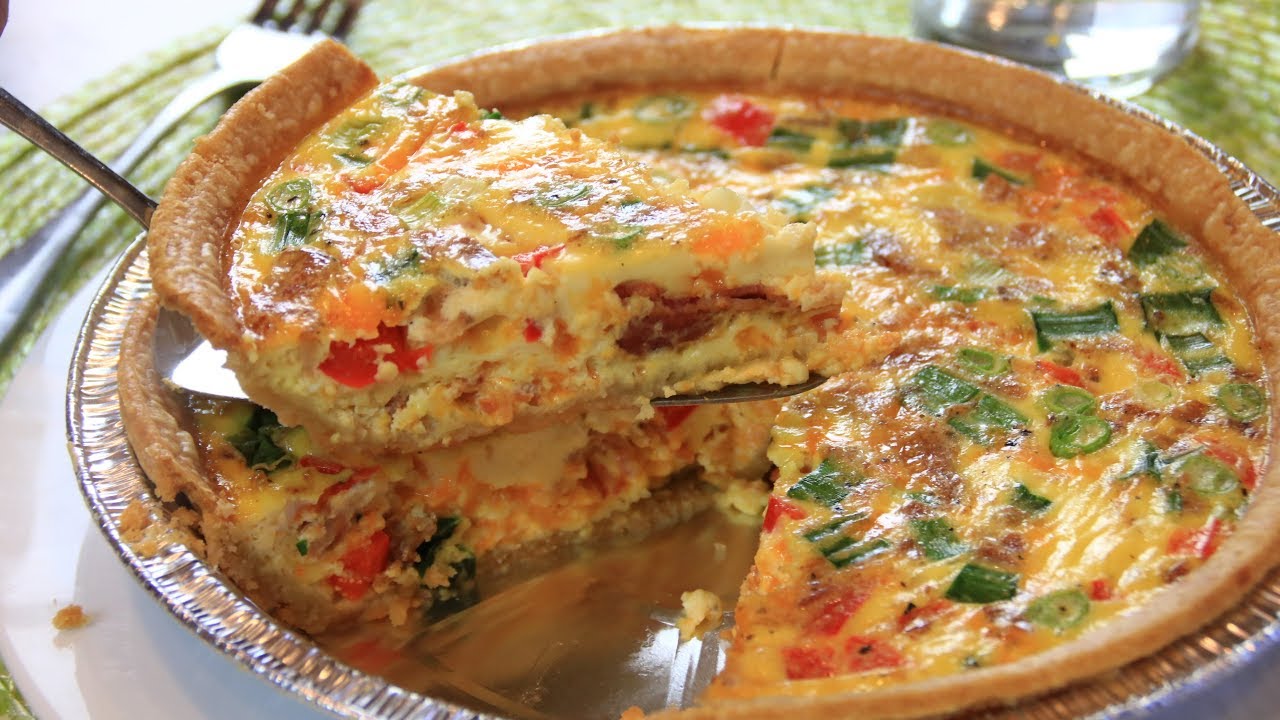 Dave Hood is back with another cracking recipe for us all to try. Today he’s sharing with us his Bacon Egg and Cheese Quiche Recipe and boy, is it ever tasty? It’s perfect for breakfast, lunch, or dinner. Made with a store-bought Pie Shell to save time, if you prefer, you can make one from scratch. One thing is for sure and that is you are going to love this […]