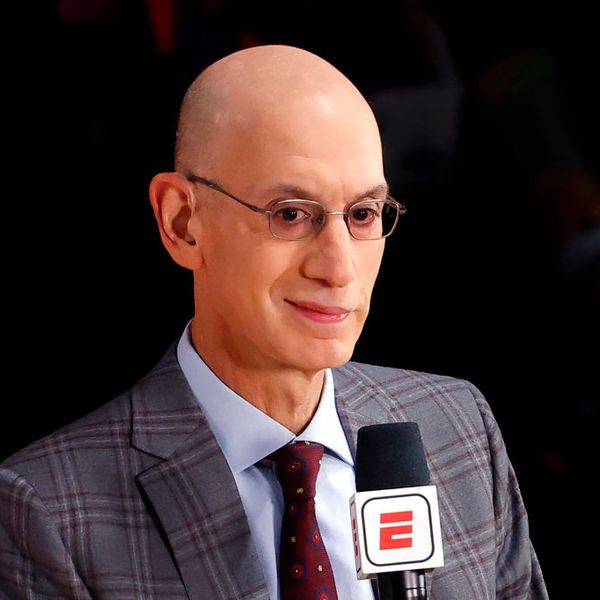 NBA Commissioner Adam Silver announced Tuesday that when the league returns to play next season, Black Lives Matter messages will likely not be displayed on the court or on players’ jerseys as they have been this season.

Silver made the remarks during an interview with ESPN’s Rachel Nichols ahead of Game 4 of the NBA Finals in Florida. During the interview, he said that despite the league being “completely committed to standing for social justice and racial equality,” how exactly that commitment is manifested is “something we’re gonna have to sit down with the players and discuss.”

“I would say, in terms of the messages you see on the court and our jerseys, this was an extraordinary moment in time when we began these discussions with the players and what we all lived through this summer,” Silver continued. “My sense is there’ll be somewhat a return to normalcy — that those messages will largely be left to be delivered off the floor.”

Though Silver did not explicitly say that the messages would be removed due to a significant drop in viewership this year, he did admit that backlash to the messages from some fans played a role.

“I understand those people who are saying ‘I’m on your side, but I want to watch a basketball game,'” he acknowledged.

The league has seen its viewership drop enormously during the NBA playoffs and especially during the NBA Finals. In September, news broke that playoff ratings were down 20% from the previous year and, according to a subsequent poll, 38% of fans said they’re not watching because the league has become “too political.”

Things only got worse from there as Game 1 of the NBA Finals between the Los Angeles Lakers and the Miami Heat earned the lowest viewership ever for a Finals game. That record was then broken as couple days later when the ratings for Game 2 were lower still, then was broken again just days later when Game 3 attracted even fewer viewers.

It should be noted that nearly all major sports have experienced a ratings decline in 2020 as off-schedule seasons and empty arenas have proven to be significant drawbacks for viewers. Given the confluence of events, it is difficult to determine precisely why fewer people are watching.

With that said, however, the NBA commissioner’s comments seem to show that he is at least partially convinced that the league’s overt BLM messaging is financially problematic.

It seems that the recent toxic workplace scandal that has plagued The Ellen DeGeneres Show has been a turn off for viewers. The ratings are in for Ellen's September premiere week and they took a dive, dropping 38% as compared to last year, according to Nielsen.   The steep decline in viewership of the once popular show suggests that claims from staffers of bullying and harassment from top producers and diva-like […]