Things are starting to look up at the box office as Hollywood movies raked in more than $100 million over the holiday weekend — something that hasn’t happened in more than a year. With that in mind, here are the biggest movies coming to theaters (and streaming) in 2021. (Variety)

The Conjuring: The Devil Made Me Do It (June 4)

Vera Farmiga and Patrick Wilson are back as Lorraine and Ed Warren for a chilling story of terror, murder and unknown evil that shocked even the real-life paranormal investigators “The Conjuring” franchise is based on. Pulling from one of the most sensational cases from their files, “The Devil Made Me Do It” begins with the fight for a young boy’s soul and ends up taking the Warrens beyond anything they’ve ever seen before. For the first time in U.S. history, a murder suspect claims demonic possession as their defense.

This ninth installment of the beloved action franchise again follows Dominic Toretto, played by Vin Diesel, whose crew and family members join forces to battle one of the world’s most talented assassins and high-performance drivers — his estranged brother, Jakob, played by John Cena. The new movie also sees the return of Han Lue, a fan-favorite character thought to be long-dead. Watch the trailer here.

Scarlett Johansson is finally getting a standalone Black Widow movie. The long-awaited Marvel film, also starring David Harbour, Florence Pugh and O-T Fagbenle, is set after 2016’s “Captain America: Civil War.” It will see Natasha Romanoff on the run and forced to confront her past as a spy, long before she became an Avenger. Watch a special clip here.

“The Purge” series is set to come to an end with its fifth movie. With no official description from Universal Pictures, the plotline is still relatively unknown. However, Will Patton revealed in a recent interview with Collider that he plays a rancher. Back in January, director Everardo Gout revealed to Total Film that it takes place following the events of “Purge: Election Year” and things take a turn when a group of outsiders continue purging beyond the allotted amount of time. The movie also features Josh Lucas, Ana de la Reguera, Tenoch Huerta, Cassidy Freeman and Veronica Falcón.

NBA superstar LeBron James teams up with Bugs Bunny and the rest of the Looney Tunes crew for this long-awaited sequel to the 1996 classic, which debuts on HBO Max and in theaters. The family comedy, directed by Malcolm D. Lee, includes Sonequa Martin-Green, Don Cheadle and NBA players like Klay Thompson, Chris Paul and more.

The Green Knight is not this tale’s hero, but rather a gigantic emerald-skinner stranger who Sir Gawain (Dev Patel) must confront. In this fantasy adventure, King Arthur’s reckless, headstrong nephew comes face-to-face with ghosts, giants, thieves and schemers, all the while learning to better define his own character and prove his worth in the eyes of his family and the kingdom. It also features Alicia Vikander, Sean Harris and Joel Edgerton.

Emily Blunt and Dwayne Johnson star in the adventure fantasy film based on Disneyland’s park ride where a small riverboat transports a group of travelers down the Amazon through a supernatural jungle. Watch the trailer here.

Directed by James Gunn and premiering on both HBO Max and in theaters, the “Suicide Squad” standalone sequel follows the comic book roots of Harley Quinn and her gang of supervillains, rather than continuing the narrative of the 2016 film. The star-studded cast features Viola Davis, Margot Robbie, Taika Waititi, Sylvester Stallone, Idris Elba, Jai Courtney and Pete Davidson.

Audiences were deeply excited to see Nia DaCosta’s take on the “Candyman” last October, but like many films on this list, it was pushed. We’ve only seen glimpses of the director’s vision including a couple trailers and this haunting, shadow puppet short which she released with these thoughts via her Twitter account: “CANDYMAN, at the intersection of white violence and black pain, is about unwilling martyrs. The people they were, the symbols we turn them into, the monsters we are told they must have been.”

Yahya Abdul-Mateen II, who recently won an Emmy for his work on “Watchmen,” stars as the film’s lead and Oscar-winning director Jordan Peele co-wrote the script along with DaCosta and Win Rosenfeld. If you’re looking for something to tide you over until August, we strongly recommend watching DaCosta’s 2018 feature “Little Woods” (written by DaCosta as well) and getting familiar with her work – you’re going to be hearing a lot from her, as she’s already slated to direct the sequel to “Captain Marvel.”

Shang-Chi and the Legend of the Ten Rings (Sept. 3)

Not much has been shared about Paul Thomas Anderson’s 1970s-set film — which has the working title “Soggy Bottom” — other than that it’s a coming-of-age tale set in California’s San Fernando Valley. Bradley Cooper co-stars with Joseph Cross and Benny Safdie.

Tom Hardy is back as the classic Spider-Man villain, this time ready to take on the superpowered serial killer Carnage, played by Woody Harrelson. Andy Serkis directs the sequel, which fans speculate could be building up to more Marvel crossovers down the road.

The prequel to HBO’s wildly successful series “The Sopranos,” “The Many Saints of Newark” depicts the 1967 riots in Newark, N.J. and the tension between the town’s Italian and Black communities. Directed by Alan Taylor, who also helmed several episodes of “The Sopranos,” the film stars Alessandro Nivola, Leslie Odom Jr., Jon Bernthal, Corey Stoll, Michael Gandolfini, Billy Magnussen, John Magaro, Michela De Rossi, Ray Liotta and Vera Farmiga. “The Sopranos” creator David Chase is also on board as a producer and writer, as is Lawrence Konner.

The 25th movie in the James Bond franchise, starring Daniel Craig in what is likely his last tour as the iconic spy, sees Bond’s retirement in Jamaica cut short when an old friend, Felix Leiter (Jeffrey Wright), comes seeking help. 007’s mission to rescue a kidnapped scientist puts him on a collision course with Safin (Rami Malek), a mysterious masked villain armed with dangerous technology. Watch a trailer here.

The sequel to 2018’s “Halloween” once again pits Laurie Strode (Jamie Lee Curtis) against Michael Myers. She and her family are forced to confront the psychotic, masked serial killer. It also features Judy Greer and Anthony Michael Hall.

Based on Eric Jager’s book “The Last Duel: A True Story of Trial by Combat in Medieval France,” Ridley Scott’s historical drama tells the story of two 14th-century men ordered to engage in a fight to the death. It stars Matt Damon, Adam Driver and Jodie Comer.

The upcoming installment of the iconic franchise picks up 30 years after 1989’s “Ghostbusters II” and follows a family that moves to a small town to discover their connection to the ghost-catching business. Bill Murray, Dan Aykroyd, Ernie Hudson, Sigourney Weaver and Annie Potts reprise their roles from the original movie, and they’re joined by Finn Wolfhard, McKenna Grace, Paul Rudd and Carrie Coon.

After completing years of service as one of the Navy’s top aviators, Pete “Maverick” Mitchell (Tom Cruise) returns 35 years after the original blockbuster to confront his past while training a new squad of graduates for a life-threatening mission. The Joseph Kosinksi-directed action flick co-stars Jennifer Connelly, Jean Louisa Kelly, Val Kilmer and Miles Teller. Watch the trailer here.

Based on the novel of the same name by William Lindsay Gresham, “Nightmare Alley” is a psychological thriller directed by Oscar winner Guillermo del Toro. Bradley Cooper and Cate Blanchett are attached to star as a manipulative carny and a psychiatrist with dangerous tendencies, respectively. Willem Dafoe, Toni Collette and Rooney Mara are just a few more names in the all-star cast.

Directed by Steven Spielberg, this long-awaited adaptation of the 1957 Broadway musical stars Ansel Elgort and newcomer Rachel Zegler as star-crossed lovers Tony and Maria. In comparison to the 1961 film adaptation, Pulitzer Prize-winning playwright Tony Kushner’s script is expected to closely mirror that of the original theater production. Rita Moreno, who played Anita in the 1961 film, will also appear in a supporting role.

The third “Spider-Man” film led by Tom Holland is already making fans excited at the seemingly endless rumors about returning villains from past movies. Alfred Molina’s Doctor Octopus from “Spider-Man 2” starring Tobey Maguire and Jamie Foxx’s Electro from Andrew Garfield’s “Amazing Spider-Man 2” will reprise their roles, in what is sure to be an ambitious, universe-crossing superhero film.

Get ready to re-enter the Matrix. Keanu Reeves, Carrie-Anne Moss, Jada Pinkett Smith, Lambert Wilson and Daniel Bernhardt will reprise their roles for the fourth film in the beloved sci-fi franchise, directed by Lana Wachowski. 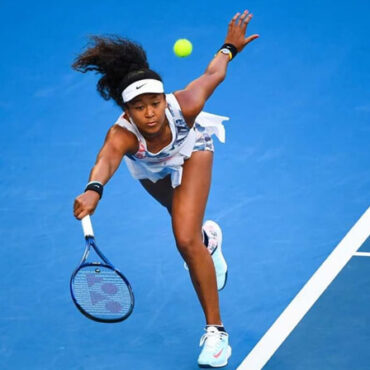 Tennis champ Naomi Osaka quit the French Open on Monday following a dispute over participating in news conferences. She revealed in an Instagram post that she's had struggles with depression since 2018 and she plans to "take some time " away from the game. In an Instagram post, the 23-year-old who is the highest paid female athlete in the world, said, "I think now the best thing for the tournament, the other […]