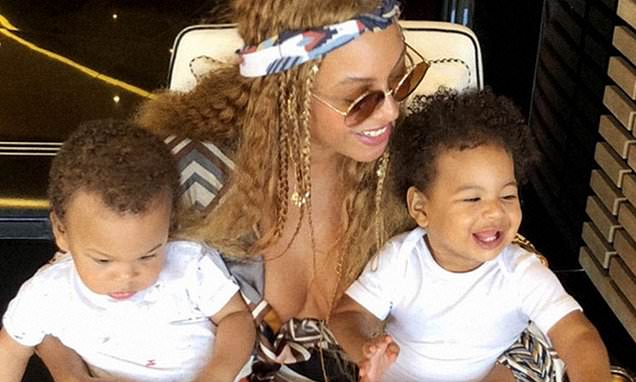 But Beyoncé went in the opposite direction on Sunday when she celebrated the fourth birthday of her twins Rumi and Sir with a modest banner on her website.

‘What’s better than 1 gift… 2,’ the 39-year-old pop icon wrote in a black-and-white banner on her website.

Modest birthday: Beyonce, 39, marked the fourth birthday of her twins Sir and Rumi on Sunday with a low-key banner posted to her website; seen with her twins in 2018

‘Happy birthday Rumi & Sir,’ she added below in larger text.

She’s no stranger to wishing her friends and inspirational figures happy birthdays, though she opted not to include a photo of the young children in this case.

The low-key display is part of a pattern for the singer, who has been more private about her twins than her older daughter Blue Ivy, who turned nine back in January.

Blue has been a regular fixture at basketball games and award shows with Beyoncé and her husband Jay-Z, 51, though the younger children usually stay home for those outings. 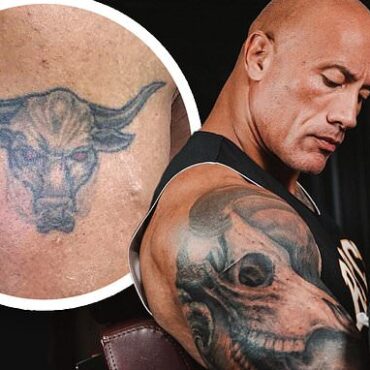 Dwayne 'The Rock' Johnson gave an update on the extensive work he's having done on his bull tattoo. The 49-year-old actor originally began enhancing the tattoo back in 2017 to cover up a smaller bull inking he'd had for over two decades. Over the weekend the actor showcased how he's improving his bicep tattoo even more and revealing the 'challenging' work his tattoo artist Yomico is doing to build on […]