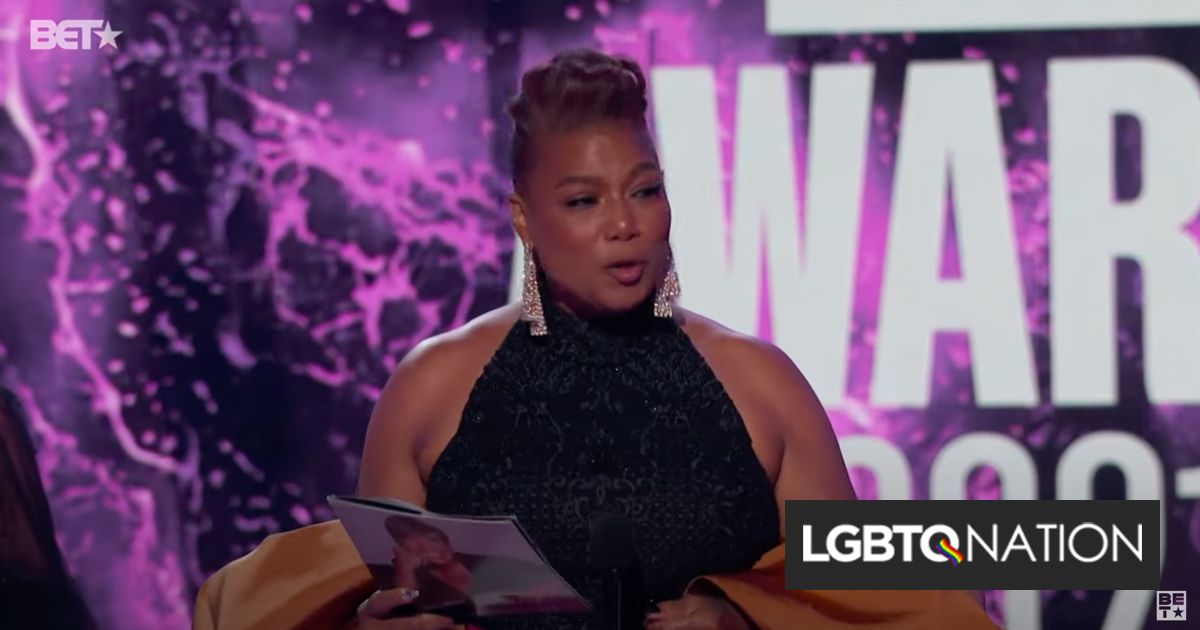 Queen Latifah, receiving the BET Lifetime Achievement Award, was honored for her one-of-a-kind 35-year career as a rapper, performer, actress, and more. MC Lyte, Rapsody, Lil’ Kim and Monie Love performed together and thanked her for being their peer or paving the way for them.

But her closing remarks are drawing the most attention, after the star mentioned her longtime partner, Eboni Nichols, and their son, Rebel. She ended her speech by wishing viewers a “Happy Pride!”

Queen Latifah’s sexual orientation has been a nonstop source of gossip for years as the hit singer and actress has steadfastly refused to confirm or deny that she is a lesbian.

She has been quiet about her personal life and her reluctance to talk about her sexual orientation has frequently been compared to actors Jodie Foster and Kevin Spacey’s years-long non-denial denials. She would neither confirm nor deny that she is a lesbian.

In 2010, she was photographed embracing her then-rumored girlfriend on a yacht.

Foster came out on stage at the Golden Globes in 2013. Spacey came out after he was accused of sexual assault by actor Anthony Rapp earlier this year.

Next to her father, Queen Latifah remembered her mother while accepting the honor, who passed away in 2018.

“There is no way that I could have had the parents that I was born to – my father, my mother [who died in 2018], who is still so much in me – my family, I love you – my siblings. My best friends who ride or die with me whether my face is on the dirt or I’m flying in the skies – they know me. And they’re there for me.”

The star, who is notoriously private but has mentioned having a crush on another woman, expressed her love for her partner and their son. It’s the first public acknowledgment of an addition to her family since it was rumored to happen in 2018.

“I’m gonna get off this stage, but I thank you so much for all of you, the fans for supporting every crazy-ass thing I’ve done through the years. And thank you for making Equalizer No. 1. Eboni, my love. Rebel, my love. Peace. Happy Pride!”

“Queen Latifah expressing her love for her partner and wishing us all a happy Pride as she accepted her Lifetime Achievement Award tonight had me emotional,” McKensie Mack tweeted after the speech. “So many Black queer kids watching the show tonight are being so affirmed by our people”

Queen Latifah expressing her love for her partner and wishing us all a happy Pride as she accepted her Lifetime Achievement Award tonight had me emotional. So many Black queer kids watching the show tonight are being so affirmed by our people #BETAwards

So happy Queen Latifah is reining on her day. She’s deserves every bit of respect, recognition, and praise. So much heart, prIde, and talent and seeing her thank her partner and child yelling Happy Pride at the end. So proud of her. #betawards2021 #pride pic.twitter.com/v5qHfeZOG5

Queen latifah showed love to her partner as she should 🥰

I’ve been out for a minute but to hear Queen Latifah shoutout her partner & their child tonight in her speech really touched me. Whew, also with Lil Nas X’s & Jazmine Sullivan’s performances #BETAwards went a lil beyond the usual surface level acknowledgment of Black LGBTQ folks. 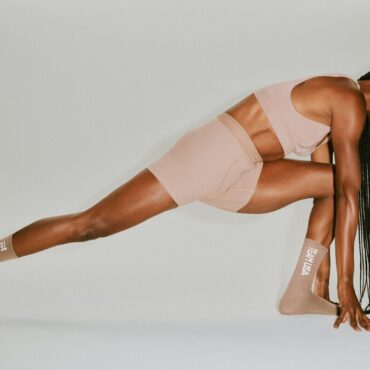 KIM KARDASHIAN: SKIMS Will Be the Official Loungewear for U.S. Olympics

Kim Kardashian is getting in the pants of olympians -- her SKIMS clothing line will design the official team USA undergarments, pajamas and loungewear for female athletes. Kim made the announcement Monday on Twitter, saying the games were a big part of her life when she was growing -- thanks, in large part, to her stepdad, Caitlyn Jenner, who won a gold medal in the decathlon in 1976.