German automakers are catching up with e-cars | tellerreport.com

Shanghai (dpa) – After initial hesitation, German carmakers have caught up with electromobility.

At the opening of the world’s largest auto show in Shanghai, experts were full of praise.

“There is a lot of substance – and therefore more awareness,” said the long-time industry expert.

“Speed ​​is becoming more and more important, but the German brands have an incredibly strong foundation and a history on which they can build.”

Around 1000 exhibitors are expecting hundreds of thousands of visitors at “Auto China” until April 28th.

Since China has largely had the corona virus under control since last summer, it is the second major auto show in the country within just seven months after the industry meeting in Beijing in September.

However, visitors must show negative corona tests, have their body temperature measured and use a mobile phone app to prove that they have not been in risk areas and that their participation is harmless.

E-mobility and connectivity are the big topics of the fair, which extends over twelve halls.

From the point of view of Districom founder Hage, the Chinese manufacturers are “serious competition”. “Overall, there is a growing effort from below to penetrate the premium market.” But the German brands would have “extremely strong starting positions” that they would probably keep for the next few years. “Overall, the market environment has not yet leveled off,” said Hage. Initially, it was strongly driven by the US manufacturer Tesla and the new Chinese brands. “But if more products and innovations come from the Germans, it will have a strong impact on the environment.”

“The change in the German automaker went pretty quickly,” said the director of the Association of Chinese Car Dealers, Jia Xinguang. “Five years ago Europe still thought that the development of electric vehicles was not realistic,” said the expert. “But now the turnaround was faster for companies from Germany than for those from the USA or even Japan and South Korea.” He particularly highlighted the Volkswagen Group, which has standardized mass production with its platforms. “But the batteries are a deficit in Germany as well as in Europe.”

“The Volkswagen Group has done a very good job with the electric cars,” said the director of the Center for Automotive Research, Ferdinand Dudenhöffer, in Duisburg.

“The China strategy at VW-Audi-Porsche-Skoda is right.”

Mercedes, too, had “lively” started with new models in Shanghai.

“Only BMW has been very hesitant in the past,” said Dudenhöffer.

In his opinion, the Munich-based company is still too involved in plug-in hybrids with gasoline and electric motors, which have a short lifespan on the market. For example, the port metropolis of Shanghai, which, like other metropolises in China, restricts the registration of gasoline vehicles, will no longer give license plates to such hybrid models by 2023. “That will hurt, and others will follow,” said Dudenhöffer. “BMW has ignored the trend towards purely battery-powered cars for too long.”

The General Secretary of the Passenger Car Association, Cui Dongshu, also sees a rapid turnaround with which the German carmakers are now able to stand up to Tesla and the Chinese competition.

“In addition to the domestic manufacturers, the German brands are very good, very aggressive compared to others,” said the expert.

They are “more aggressive” towards Japanese, South Korean and American joint ventures or international car manufacturers.

“The German car manufacturers can adapt to the trend better.”

In his opinion, sales of e-cars in China will increase by around 70 percent this year. 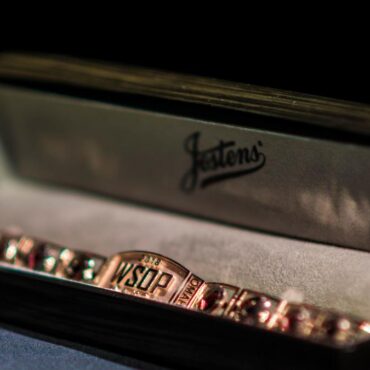 CBS Sports activities has reached a multi-year rights settlement with PokerGO to turn into the brand new tv associate for the World Collection of Poker Fundamental Occasion and numerous WSOP Bracelet Occasions. Beginning in 2021, CBS Sports activities Community would be the official tv house of the WSOP. The community will broadcast 15 hours of WSOP Fundamental Occasion protection and 36 further hours of 18 totally different Gold Bracelet poker […]