Kanye West has become so toxic that Goodwill stopped accepting donated Yeezys. You’ll have to take yours to the Salvation Army.

In less than a month, Kanye’s empire evaporated as he spouted off about stupid stuff and said offensive things. The latest example is so cringe. Kanye believes that he’s the modern-day Emmett Till. Friday night he compared himself to another dead black soul, George Floyd. (quote) “What Adidas is doing right now, God has showed me what it feels to have a knee on my neck. So, thank you God for humbling me.” (Yahoo)

Forbes magazine estimates his wealth at $400 million. Kanye started October as a multi-billionaire. Then companies and business partners began to abandon him. First, he wore a “White Lives Matter” shirt. Less than a week later, Kanye warned in a tweet he’s “going death con 3 on JEWISH PEOPLE.” (Business Insider) 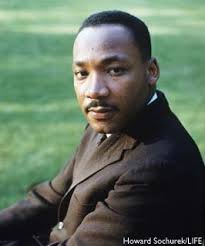 If not for the late Civil Rights leader Martin Luther King Jr., there might never have been Academy Award-winner Julia Roberts. She shared the story of how MLK paid the hospital bill for her birth in Atlanta. He was grateful for Julia’s parents, who were short on cash on that time. Julia told Gayle King, (quote) "They became friends and helped us out of a jam.” Julia’s parents operated an Atlanta theater and drama school in […]