Rihanna’s team is “deep in talks” for her to appear at Glastonbury. When asked about the festival years ago, she said confidently (quote) “I could rock the stage at Glastonbury, no question.”

An insider told the London tabloid, The Sun, (quote) “Rihanna’s music comeback is being closely guarded but her team has been in talks. She was approached about Glastonbury. Next year’s festival would be just the right timing for her.”

This rumor leaked by design just as Glastonbury 2023 festival tickets go on sale. Somebody in the festival organizer’s office is spilling and not Riri. 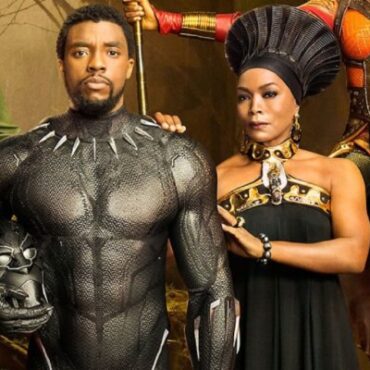 Suspicions grow that next week’s Black Panther sequel, Wakanda Forever, is not entertaining. Could be that Black Panther franchise misses Chadwick Boseman more than they realized. Actors Angela Bassett and Michael B. Jordan have been low-key and avoided promoting Wakanda Forever. Disney banned movie critics from the premieres. If the studio trusted the film, they’d invite the media early and often. Instead, the reviews for Wakanda Forever cannot be posted before next week – just two days before preview screenings begin. (Showbiz 411)