Afterward, Carter tweeted, (quote) “Y’all can say what you want. I did my best. Fought like a lion. I don’t see you fighting a giant.” (Billboard)

Aaron was a guaranteed loser in this celebrity boxing match. The two drug addicts got into the ring with Aaron giving up one-foot in height and one-foot in arms’ reach. Lamar weighed at least 70-pounds more.

This was a lopsided mismatch from the first bell. Lamar knocked Aaron down in the first round. He won by technical knock out in the second. Aaron’s evasive maneuvering from Lamar’s punches was compared to Britney Spears – twirling, twirling and more dizzying twirls. (Yahoo Sports)

Photo by Neilson Barnard Getty Images The winning bid to join Jeff Bezos on the first flight of Blue Origin into space was $28 million. The passenger seat ticket went up for auction. Nearly 8000 people from 159 countries registered for Saturday’s auction. Bidding started at $5 million and quickly escalated until it was over within six minutes. The $28 million will be donated to Blue Origin’s foundation, which “encourages STEM careers to help […] 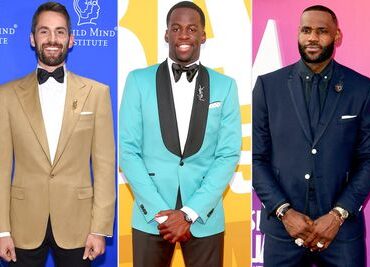