Britney Spears‘ father thought he could cure her mental health issues by making sure she got heavy doses of God.

According to TMZ, Jamie Spears thought his strict brand of born-again Christianity would solve all of his daughter’s problems. So, right at the beginning of the conservatorship, he brought in a business manager named Lou Taylor and a financial advisor named Robin Greenhill to preach the gospel while balancing the books.

A source close to the situation tells the site that the crew “literally walked around with the bible in hand, proselytizing the word of God,” and refused to let Britney read anything except Christian literature. That all fell by the wayside when Brit went out on her raunchy Circus tour, which brought in tens of millions in profits. 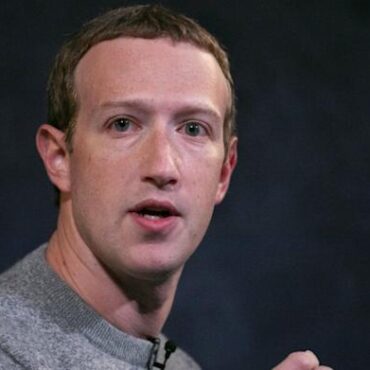 Facebook CEO Mark Zuckerberg is firing back against the claims made by whistleblower Frances Haugen, who accused the company of prioritizing profits over user safety. Zuckerberg had been silent since Haugen came forward in a 60 Minutes interview, but he broke his silence last night after she testified in front of a Senate subcommittee about the company's practices. He wrote in a Facebook post, "At the heart of these accusations is this idea that we prioritize profit over safety and […]