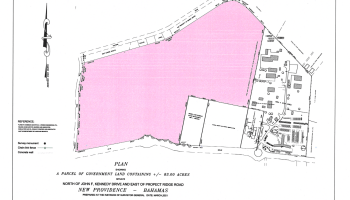 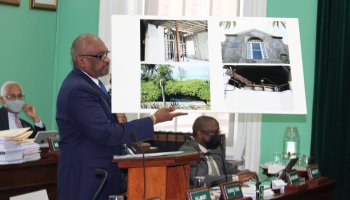 At least two families have claimed that a portion of the land the Minnis administration allocated for its Prospect Ridge development for young professionals belongs to them, Minister of Transport and Housing JoBeth Coleby-Davis said.

In recent weeks Coleby-Davis has criticized the project – announced months before the September 16 general election by former Prime Minister Dr. Hubert Minnis – which features multi-family lots for $50,000 and single-family lots for $40,000.

Just last week the minister revealed that no master plan had been created for the project, nor had a topography study been completed despite the Minnis

“I have emails from two families that are saying ‘I’m not quite sure where you’re putting this Prospect Ridge, but a portion of that property is conveyed to our family.’ So you have to do a title search first of all, you have to determine the property that is in the government’s possession and then the Department of Housing has to go and acquire that for us to do a subdivision on that property.”

Coleby-Davis said it was also concerning that the project was being managed mainly from the Office of the Prime Minister (OPM) and not through the Department of Housing, as is the case with all other government subdivisions.

“I will say that everything was at the Office of the Prime Minister, so for the last couple of months we had two Departments of Housing. Nothing on Prospect Ridge was being managed by the then minister of housing, absolutely nothing. I don’t think he even knew was going on with the project, nothing was under his management. I had to request the file from OPM, in fact when I spoke at the press conference I said that the company that was awarded the job to do the master plan approached me after I became the minister to let me know what they were faced with on the seventh of September and elections were on the 16th,” she claimed.

“They got this letter to carry out the work, that’s how I knew for a fact there was no master plan and nothing had been done, because when they came to me the letter was sent to them from the OPM, so the minister of housing, who was sitting in the seat before me had no oversight, knew nothing and I think that just goes to show you the type of system we were living under,” she further claimed.

Parliament approved a resolution in April to allow for the development of the land, which was supposed to be divided into 300 lots and would be offered for purchase to first-time homeowners between 18 and 45 who are Bahamian citizens and currently live in The Bahamas.

“How did we arrive to telling people apply, how did we arrive to $50,000 or $40,000? Yes, you may have hopes and dreams of what you would consider a fair market price for applicants to be able to buy in and get this property, but how do you get to that point where you can actually say for certain? I mean, unless you’re going to take on an insurmountable amount of money as the government’s responsibility, because we have yet to do any infrastructural work,” she pointed out.

Coleby-Davis said she will reveal more on the project and its feasibility when she presents for the first time in the House of Assembly next week.

She added that her primary focus right now is finding a way to fix what was proposed under the last administration for those thousands of Bahamians wanting to own a home.

“Let me just start off by saying I don’t want it to come off that this is a catfight with me and Senator Vianna, I don’t want it to come off as that. I am sitting in a seat where it is my responsibility to be able to provide information. What’s very important for me is, I understand how important it is to become a homeowner, me and my husband did it years ago, it was very stressful, it was a headache you know,” she said.

“And we had to do it on our own and you don’t have that guidance really, so being in this position where I am now the minister of housing, I understand and for me coming into this role, it is about how do I fix this and the first two things on my list are go to Carmichael Village and figure out what’s going on there and look at this Prospect Ridge and see if this is even a possibility.” 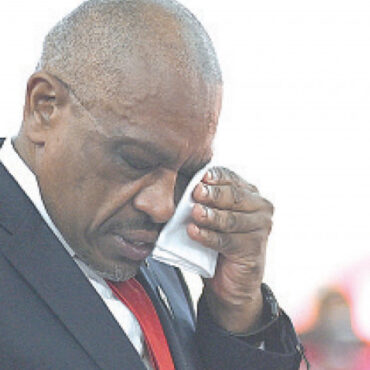 It was a teary-eyed swan song for Free National Movement (FNM) Leader Dr. Hubert Minnis, who yesterday asked members of the FNM to forgive him for any mistakes he has made, saying, “I am not perfect and I never will be.” “I will continue to serve in the House of Assembly as the member of Parliament for Killarney,” said Minnis at the FNM’s 50th anniversary church service. “I again thank the […]