Demi Lovato has yet another project. One day after announcing her UFO series for PeacockTV, Demi will launch a podcast from the “fourth dimension.” The first show, which she named 4D, arrives next week. Demi and celeb guests will discuss, (quote) “What’s on my heart and in my mind.” (Billboard)

Live musicals return to NBC for the holiday season. This year, the network will produce a live version of the Tony-winning musical Annie. (Variety)

Will Smith’s 22-year-old son Jaden Smith is opening a diner that caters to the homeless. I Love You restaurant will serve free food to the homeless. Jaden added (quote) “But if you’re not homeless, not only do you have to pay, you must pay for more than the food’s worth so that you can pay for the person behind you.” (Variety)

Janet Jackson’s brothers “appreciated the gesture” that Justin Timberlake publicly apologized for the 2004 Super Bowl “wardrobe malfunction.” Marlon Jackson told Andy Cohen, (quote) “I thank Justin Timberlake. It takes a man to step up and do that, but we’d like to move forward.” That may be difficult considering the New York Times will produce a documentary examining the controversy. (Entertainment Tonight)

Paul McCartney credits “eye yoga” with preserving his vision. The 78-year-old former Beatle admitted that eye yoga “looks a bit weird” but he does not need glasses. Macca explained on the Table Manners with Jessie Ware podcast (quote) “I learned from a yogi in India. Head still, look up as far as you can, go back to the middle, then down, back to the middle. Then go to the left and the right. Now you do the diagonals.” (London Mirror) 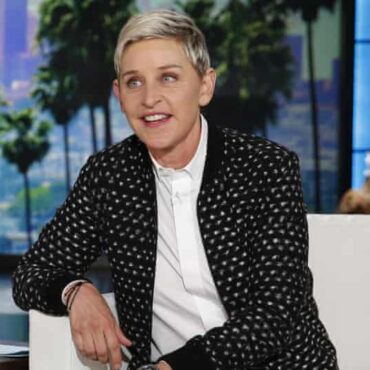