My son wants a gaming computer for his birthday but I want to get him a computer that he can use for schoolwork too.

My question is will a gaming PC do other things besides just play games? Things like let him type essays, view websites, use email and maybe edit pictures?

Rick’s answer:  That isn’t a dumb question at all, Glenda. This issue is confusing for lots of people, in fact.

The short answer is yes, your son will be able to use his gaming computer for literally anything that a “regular” computer can be used for.

At its core, a gaming computer is just like any other computer. It has a CPU, temporary storage space (RAM), permanent storage space (hard drive, SSD or cloud storage) and input/output devices (mouse, keyboard, video monitor and speakers).

The difference is a gaming PC typically has a more powerful CPU and video card plus (usually) more RAM and storage space than a general purpose computer because games tend to be very demanding of hardware resources.

Think of a regular computer as a Chevy and a gaming computer as a Bugatti. Both of those vehicles will get you where you need to go, but the Bugatti has the potential to get you there a lot faster.

If you just need to drive around town and take an occasional road trip, a Chevy will do a fine job for you. But if you plan to do any kind of racing you’re going to have a much better chance of being successful if you own a Bugatti.

However, you can use the Bugatti to drive around town and take an occasional road trip just like you can with the Chevy.

Bottom line: If you’re inclined to give your son a gaming PC for his birthday, I say go for it. He’ll be able to use it for playing games in his leisure time plus use it for his schoolwork as needed.

Bonus tip You’ll find a great selection of gaming desktop PCs and gaming laptops at Amazon when you get ready to buy one for your son. 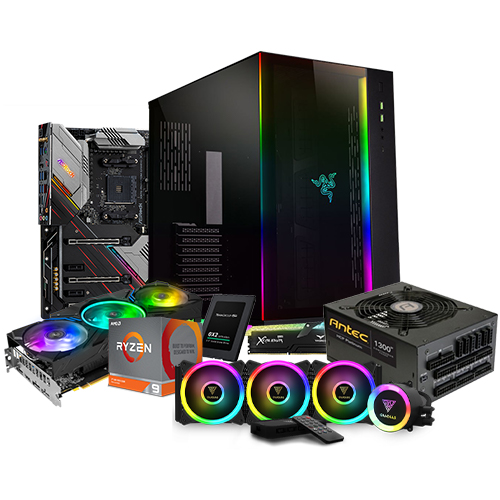 Queen Latifah, receiving the BET Lifetime Achievement Award, was honored for her one-of-a-kind 35-year career as a rapper, performer, actress, and more. MC Lyte, Rapsody, Lil’ Kim and Monie Love performed together and thanked her for being their peer or paving the way for them. But her closing remarks are drawing the most attention, after the star mentioned her longtime partner, Eboni Nichols, and their son, Rebel. She ended her […]